Agnes, the pioneering, pseudonymized, transgender woman who participated in Harold Garfinkel’s gender health research at UCLA in the 1960s, has long stood as a figurehead of trans history. In this rigorous cinematic exercise that blends fiction and nonfiction, director Chase Joynt explores where and how her platform has become a pigeonhole. Framing Agnes endeavors to widen the frame through which trans history is viewed — one that has remained too narrow to capture the multiplicity of experiences eclipsed by Agnes’. Through a collaborative practice of reimagination, an impressive lineup of trans stars (Zackary Drucker, Angelica Ross, Jen Richards, Max Wolf Valerio, Silas Howard, and Stephen Ira) take on vividly rendered, impeccably vintage reenactments, bringing to life groundbreaking artifacts of trans healthcare.

Joynt’s signature form-rupturing style radically reenvisions the imposition of the frame on the cultural memory of transness through his brilliantly crafted, communally-driven excavation. This reclamation tears away with remarkable precision the myth of isolation as the mode of existence of transgender history-makers, breathing new life into a lineage of collaborators and conspirators who have been forgotten for far too long. – Sundance Film Festival 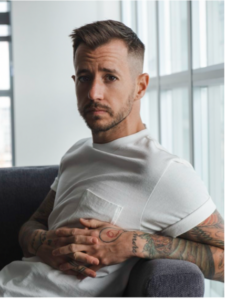 Chase Joynt is a director and writer whose films have won jury and audience awards internationally. His debut documentary feature, Framing Agnes, premiered at the 2022 Sundance Film Festival where it won the NEXT Innovator Award and the NEXT Audience Award.  With Aisling Chin-Yee, Chase co-directed No Ordinary Man, a feature-length documentary about jazz musician Billy Tipton, which was presented at Cannes Docs 2020 as part of the Canadian Showcase of Docs-in-Progress. Since premiering at the Toronto International Film Festival in 2020, No Ordinary Man has been hailed by The New Yorker as “a genre unto itself” and Indiewire as “the future of trans cinema.” The film has won 9 awards on the international festival circuit, including being named to TIFF Canada’s Top Ten.  Joynt’s first book You Only Live Twice (co-authored with Mike Hoolboom) was a Lambda Literary Award Finalist and named one of the best books of the year by The Globe and Mail and CBC.  Most recently, he directed episodes of Two Sentence Horror Stories for the CW, which are now streaming on Netflix. With Samantha Curley, Chase runs Level Ground Productions in Los Angeles.

Casey Mecija is an assistant professor in the Department of Communication Studies and holds aPhD from the University of Toronto. Her current research theorizes sounds made in and beyond Filipinx diaspora to make an argument about a “queer sound” that permeates diasporic sensibilities. Her work suggests that media production enables diasporic people to create forms of belonging that defy racialized ascriptions born from racism, colonialism and their gendered dimensions. She is also a musician and filmmaker, whose work has received a number of accolades and has been presented internationally. Mecija has a history of employment in radio and television production, and co-founded “From Song to Studio,” a mentorship program with Regent Park School of Music.