The Development of American Gender Asylum Law; Cross Border Collaboration Between US and Canadian NGOs 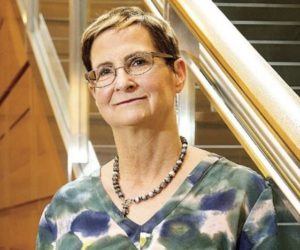 Presented by Deborah E. Anker Clinical Professor of Law and Founder, Harvard Immigration and Refugee Clinical Program The last twenty years have witnessed the development of the body of U.S. gender asylum law, or asylum claims of women subject to persecution. Forms of such gender-based persecution include sexual and related violence of women because of their gender, by, for example, proto-state transnational gang members, and intimate partners. For years, these claims of women were ignored (indeed lawyers did not even present such claims) so the persecution stories of women were suppressed, not even articulated within the asylum system. This changed beginning in the 1990s, in part due to the influence of the international women’s human rights movement, which highlighted violence against women as a human rights issue, and especially due to the Canadian leadership role in this regard. In the U.S., advocates and researchers played a critical role in bringing these stories to light and in successfully lobbying for recognition that gender itself could be a protected status and more recently, that resistance to sexual violence could constitute a political opinion. In the 1990s Canada was a leader in this regard, establishing a human rights framework for interpreting refugee law and issuing the first guidelines for adjudication of gender asylum claims. This legacy, however, is in jeopardy. The U.S., among other policies, regularly detains asylum seekers, including women, forcing them to remain in Mexico in violation of fundamental treaty obligations under the 1951 Refugee Convention, and subjecting them to increased risk of sexual and other violence. Canada has deflected its protection obligations, designating the U.S. as a “safe country” to return refugees, under a treaty between the two countries. The lecture will discuss these developments, urging Canada to again take a leadership role, which is very much needed in these times.

LA&PS Open to the Public