Dr. Suk-Young Kim will speak about the global Netflix phenomenon, SQUID GAME, as an example of viral storytelling. 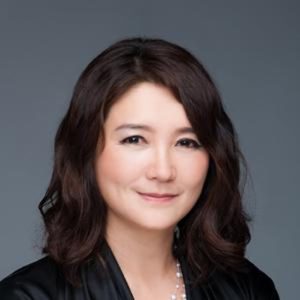 Dr. Suk-Young Kim is Professor of Critical Studies and the Director of the Center for Performance Studies at the University of California, Los Angeles. Suk-Young Kim’s research interests cover a wide range of academic disciplines, such as East Asian Performance and Visual Culture, Gender and Nationalism, Korean Cultural Studies, Russian Literature and Slavic Folklore. Her publications have appeared in English, German, Korean, Polish and Russian while her research has been acknowledged by the International Federation for Theatre Research’s New Scholar’s Prize (2004), the American Society for Theater Research Fellowship (2006), the Library of Congress Kluge Fellowship (2006-7) and the Academy of Korean Studies Research Grant (2008, 2010, 2015-2020), among others.

In her latest book K-pop Live: Fans, Idols, and Multimedia Performance, Suk-Young Kim investigates the meteoric ascent of Korean popular music in relation to the rise of personal technology and social media, situating a feverish cross-media partnership within the Korean historical context and broader questions about what it means to be “live” and “alive.” This project traces the rapid rise of Korean popular music (K-pop) in relation to the equally meteoric rise of digital consumerism — a phenomenon mostly championed by the widespread development of high-speed Internet and the distribution of mobile gadgets — and situates their tenacious partnership in the historical context of Korea from the early 1990s to the present day.